Let’s talk about an important question: how do I record my self?

The microphone way VS The VST way

Let’s see how both the ways work.

First things first. What do you need?

Recording your amp with a good microphone can really give you a faithful result, with a noticiable quality.
But you already know that anyone can find musical instruments for his pockets, it all depends on how much he decides to spend.

So let’s talk about the stuff I decided to buy.

And it’s really a good news, because:

All you need to know is how to set-up your microphone in front of your amp:

I must say I like everything about this microphone, I use it even for singing with the band (as Gilmour did in 1994 PULSE).

After more digging on the web, I found out the Scarlett (many models) soundcards are the most used by musicians.

It seems that Scarlet preams are very good quality, in fact they allow you to record at 24bit (use the right driver though).

Where’s the difference? It’s all about inputs and outputs (all this soundcards have the USB output obviously):

I have to say that it’s really awesome: almost no noise and no latency issues, even with my old notebook (SSD + i5 + 6GB RAM)

First things first. What do you need?

The best software around for windows is Reaper. It’s easy to use, easy to configure and it has an excellent GUI that let you get the best from your project

At first I gave a try to the new PositiveGrid BiasFX: didn’t like it, because result is too fake and not much transparent.

I recently discovered Amplitube and I tried Amplitube 4 with some free features: that’s the right software for musitians.

The best part is that you can get the basic software (Amplitube 3 Free) for free. And it incudes a large set of FREE amps and pedals, which could already be enough to record some stuff.

But IK Multimedia did more: along with Amplitube you get Custom Shop. It’s a virtual shop, where you can find simulations of famous pedals, such as the Big Muff, the Univibe and many more! You can also find many amp and cabs like the “HiAmp”, that is a modeling based on the DR103: what could be more Gilmourish? The amp simulation costs 20€ and the cabinet (Based on Hiwatt) is about 5€.

For now there’s not a cab based on the WEM like Gilmour’s, but I think it will be in the shop sooner or later.

I use both ways of recording, because sometimes I don’t want to spend time, I just want to plug my guitar and play, other times I want to take a faithful recording of my sound..

Il record some demos to compare results, for now you can already find something on my youtube channel 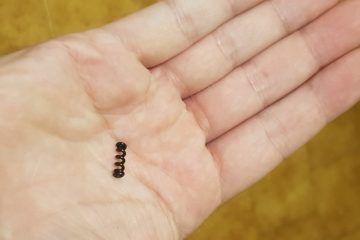 Problem with your tremolo bar?? There’s a solution! If you have a Strat, you know that your tremolo arm will mostly hang vertically. This is a problem especially when playing David Gilmour. We know that Read more… 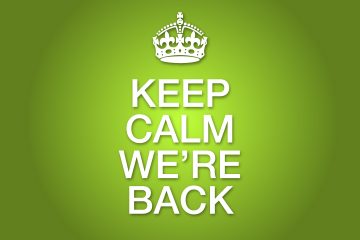 I experienced a memory overload, so the blog couldn’t be accessed!! Now we’re online again and a new article is coming this afternoon!! 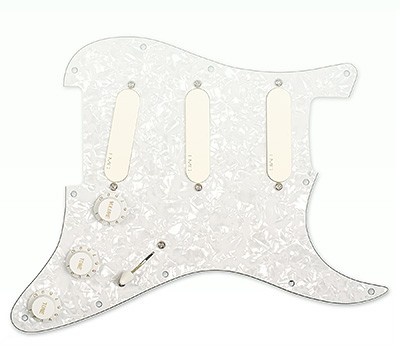 David has used this same EMG system for many years on his main red Strat, starting from the Live Aid 1985. We have seen these pickups on “Delicate” and “Pulse”, with a latest appearence on Read more…